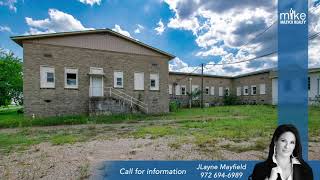 Rising home prices are sending first-time buyers to their parents for help with mortgage down payments.

More than 26% of mortgage borrowers who used Federal Housing Administration-insured loans got assistance from a relative to make the down payment in the 12 months through September, up from about 22% in 2011, according to data released late last year as part of the agency’s annual report.

The FHA, an arm of the Department of Housing and Urban Development, insures lenders against losses on the sometimes riskier loans they make. Borrowers taking out FHA loans are predominantly buying homes for the first time and often have weaker credit profiles that make it more difficult for them to get a conventional loan. It makes sense these borrowers might need to ask for financial help, but the FHA is keeping an eye on whether the share doing so keeps rising.

While conventional mortgages can require buyers to put down as much as 20% of the purchase price upfront, FHA buyers can pay as little as 3.5%. Such loans make up about a 10th of all U.S. home-loan originations, a share that has declined in recent years.

Though the pace of home-price growth has slowed, prices are still consistently rising year over year, and higher mortgage rates are making buying more expensive. What’s more, many who missed the chance to purchase homes at modest prices are waiting for a pullback to jump in.

That has created a difficult situation for first-time buyers, many of whom are struggling to stockpile the cash for down payments. Factors including student debt and lackluster wage growth have made it difficult for many to keep up with rising home prices. The homeownership rate among those younger than 35 has fallen 8 percentage points since 2004 to 35% in 2017, according to Freddie Mac .

“It suggests a great deal about the housing market, which is the ongoing affordability obstacles for first time borrowers,” said Karen Petrou, managing partner at Federal Financial Analytics Inc., a policy-analysis firm based in Washington.

Belen and Frank Medina, both 26, closed last month on a light-brown house on a cul-de-sac in Dallas. They ended up relying on her parents to contribute a $4,000 gift toward the 3.5% down payment for their FHA loan. Ms. Medina’s parents indicated from the start that they would be willing to help them get the home they wanted, she said.

“We were trying to get this on our own but we did come up short with money,” she said, given that they are also making two car payments.

Homeowners who get help with their down payments have historically been viewed as riskier because they have sunk less money into their property and thus have less to lose by walking away if home prices drop or if they are laid off. Some contend that parents helping children with down payments helps perpetuate a supply-demand imbalance in many markets where prices have been rising and buyers perceive a dearth of homes for sale.

In recent years, the credit quality of FHA borrowers has declined. The average borrower had monthly debt that was equal to 43% of income in 2018, marking the sixth straight annual rise in that measure of creditworthiness, according to the FHA report. The credit score of the average borrower declined to 670, the lowest level since 2008. Credit-reporting firm Experian PLC considers scores under 670 subprime.

In the lead-up to the housing crisis, many home sellers provided down-payment assistance to FHA borrowers to help close deals. They often routed such help through affiliated nonprofit programs that helped exacerbate the pain when the housing market crashed, some say. Such practices have since been prohibited.

Industry executives say that assistance from a family member doesn’t pose the same level of risk as getting help from a property seller. When the housing market falls, the thinking goes, borrowers feel more of an obligation to protect their relatives’ equity.

“I think that family assistance has a higher moral bearing on people when things turn tough in the housing market,” said Sanjiv Das, CEO of Caliber Home Loans Inc., the fifth-largest mortgage lender in the U.S. by loan volume, according to industry research group Inside Mortgage Finance.

That bears out in the data the FHA has tracked since 2011. Among FHA loans issued in the 12 months ended in September 2011, 7.6% of those in which a family member helped with the down payment are now delinquent for 90 days or more. That’s above the 5.2% rate for FHA homeowners who didn’t get assistance, but less than the 9.3% rate for those who got assistance from a party besides a relative or the government.

Nearly 39% of FHA borrowers get down-payment assistance, including from family, the government or another entity, a rise the agency says it is watching to see if it turns into a trouble spot. That is up from less than 30% in 2011.

Saving for a down payment can be a challenge even for borrowers with good credit and steady income, and some companies are coming up with creative ways to help. Niche programs are letting buyers use crowdfunding campaigns to raise money from family and friends, rent out a room on Airbnb or pledge part of their home’s future value in exchange for down payment help.

Lauren Maxwell, executive vice president at mortgage lender CrossCountry Mortgage Inc. in Naples, Fla., said about half of her clients who take out FHA loans for first-time purchases get help from family.

“Most people can’t just come in and have the down payment and the closing costs,” she said.

—Christina Rexrode contributed to this article.

By Ben Eisen at ben.eisen@wsj.com